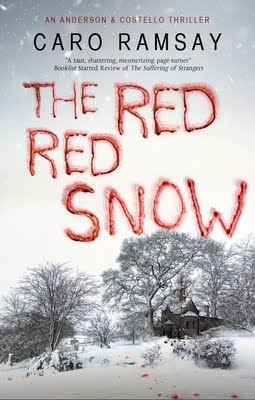 EXCERPT: Eric Callaghan paused as co-worker Simon chucked some ketchup and salt sachets on top of the fries,then picked a Santa balloon from the display behind him and tucked the string under Geraldine’s diet coke.

Simon wished him a happy Christmas.

Eric wished him a better career.

He could see Geraldine through the Santa balloons and light sabres. Suddenly, he coughed, balancing the tray on one arm as his body jerked. He tried to resist another cough; his mouth tasted blood. Leaving the crush at the counter, he needed fresh air. The heat in the food court was oppressive, making him feel dizzy, even a little faint. He leaned against a bin, catching his breath. The small snakes of potato wriggled across the tray, turning his stomach. He bumped into a grey-haired woman holding onto two Santa balloons, thinking that the mild collusion in such a tight space did not merit the look of alarm on her face. She asked him if he was okay, a gloved hand touching his arm, the kindness of a stranger, and then Geraldine was at his side as his eldest daughter lifted the tray from him. It all went rather colourful and pretty as the Santa balloons danced around the room.

‘I’m fine.’ He looked around him, lifted up his jacket, his black T-shirt wet with sweat. The tail of his peacock tattoo wound round his lower ribs, curving to his abdomen. The tail feathers were blue and purple, their tips turning crimson as the blood ran and dripped.

ABOUT THIS BOOK: A family man is stabbed to death at a crowded Christmas Ice Show. Murdered in plain sight. No clues, no witnesses, no known motive.

A week later, two bodies are discovered at a holiday cottage in a remote highland glen: one in the kitchen; the other sprawled outside on the icy lawn. The killer would appear to have arrived and left without leaving a trace, not even a footprint in the snow.

What secrets are lurking within this isolated, superstitious community? As the snow piles higher, detectives Anderson and Costello put their wits to solving a seemingly impossible crime, and gradually uncover a twisted tale of greed, obsession – and cold-blooded murder.

MY THOUGHTS: I haven’t been hiding in the salt mines of Siberia, or even in remote parts of the Scottish highlands, so how come this is the first ever Caro Ramsay book that I have read, and #11 in the series at that?

I loved this complex and atmospheric mystery/police procedural. Even starting this series at #11 didn’t diminish my pleasure.

And the elderly German couple in a holiday cottage in the remote Scottish Riske Glen, who would want them dead?

How did the killer get in? There are no footprints in the snow…

There is talk of Skirfin and nuckelavee, which are by no means the creepiest things in this book. No, that honour goes to the coffin bridge, a remarkable contraption that has you lay inside a coffin and, using an arrangement of ropes and pulleys, pull yourself across the river. No way would I ever climb inside that thing!

The characters are very real, their lives as complex as this case. But in no way do their private lives overshadow the main storyline, indeed it complements it. There is obviously a bit of back history between some of the characters of which I am unaware, and this has piqued my curiosity. Amongst the characters is a bad-tempered DI, a lovestruck forensic scientist, a pathologist obsessed with choosing her new curtains, and a woman called Suzette and, I quote, ‘I do apologise for my horrible daughter. I wish I could blame it on some disorder, but I’m afraid she is just an evil little cow.’ There is even a character called Arthur ‘Conman’ Doyle, and a wonderful Staffie (I love Staffies) called Nesbit.

Ramsay writes with a lightness of touch, a sensitivity to the situation, and a wry sense of humour.

I now have another series to add to my list to read from the beginning. And rest assured, I will be first in line for the next Caro Ramsay book.

‘She wondered vaguely what had happened to the rise of feminism, and if it applied in adverse weather conditions.’

‘It’s Christmas. People fight about everything.’

‘I can read you like a book. Just not a very good book.’

THE AUTHOR: Caro Ramsay was born and educated in Glasgow. She has been writing stories since she was five years old, developing a keen interest in crime fiction and a passion for the genre that lead her to write Absolution, her first novel.

DISCLOSURE: Thank you to Severn House via NetGalley for providing a digital ARC of The Red,Red Snow by Caro Ramsay for review. All opinions expressed in this review are entirely my own personal opinions.

6 thoughts on “The Red, Red Snow by Caro Ramsay”