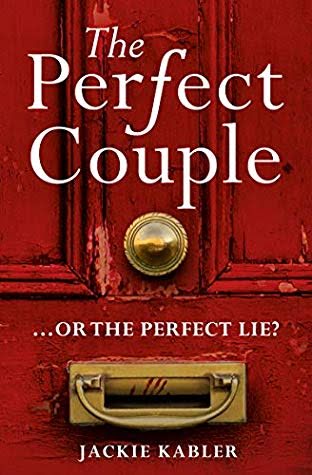 EXCERPT: Back home, as the police officers arrived to start searching the house, I was still reeling from the bombshells of the previous day, shaky from another night of little sleep. It was all becoming too much, too impossible. Danny pretending to go to work. No money taken out of his bank account for weeks. Danny appearing on a dating app. And two murders. Two dead men. Two victims who looked so similar to my husband, and who had been using the same app before they died. I could no longer think in any sort of logical way, couldn’t even begin to process it at all. What did it mean? Where was Danny? Was he dead now, too? Why had he lied to me about so many things? Was he sleeping around, seeing other women, or was his appearance on the dating site just a stupid, juvenile joke by one of his friends? But why? What would be the point? I just couldn’t work it out . . . and then there was this latest thing, the thing they’d told me earlier, when they’d arrived to start trawling through my cupboards. What had it been again, exactly? That my closest neighbours, both of them, when questioned, had said they thought I’d moved in here alone? That they’d never seen or heard anything of Danny, of a husband, living here?

ABOUT THIS BOOK: The perfect couple…or the perfect lie?

A year and a half ago, Gemma met the love of her life, Danny. Since then, their relationship has been like something out of a dream. But one Friday evening, Gemma returns home to find Danny is nowhere to be seen.

After two days with no word from her husband, Gemma turns to the police. She is horrified with what she discovers – a serial killer is on the loose in Bristol. When she sees the photos of the victims she is even more stunned…the victims all look just like Danny.

But, the detectives aren’t convinced by Gemma’s story. Why has no one apart from Gemma seen or heard from Danny in weeks? Why is there barely a trace of him in their flat? Is she telling them the truth, or are there more secrets and lies in this marriage than meets the eye?

MY THOUGHTS: The Perfect Couple is mostly a good, solid read, with a few little faults. While I didn’t find it gripping or compelling, there was enough going on to keep me interested.

The story is told from the points of view of Gemma, wife of the missing man, and Helena, SIO. The characters are well developed. I liked the relationships between the investigating officers, and between Gemma and her friends. The dialogue between the characters is well written and realistic. Certain facets of the plot are very clever. Others need a little more attention.

For instance, I can understand Gemma waiting 48 hours to report Danny’s disappearance, but standard procedure is for the police to contact family and close friends. Danny’s family wasn’t contacted for a week. There were also a couple of minor contradictions in the story.

There is a distinct lack of tension and suspense in the writing, which would have made a world of difference to this read. In the acknowledgements, the author states that her first three books were cosy crime novels, but felt that she wanted to try writing something darker. This is darker, definitely, but but I don’t think that she has quite shaken off her cosy mantle yet.

The ending, I thought, was a little OTT. I am not fond of endings where the ‘perpetrator’ confesses all to the person he is about to kill. That, to me, is taking the easy way out of making the revelation. It also appears that the author has left the way open for a follow up to this story.

This isn’t a bad read, in fact it’s slightly better than average. There were a few places that amused me: ‘Winnie-the-poodle’ being one. I also enjoyed the information on the various Saints that was imparted on Danny and Gemma’s visit to the O’Connor home. Saints Christopher and Anthony were the only saints I was familiar with. I had been totally unaware that there was a patron saint of eye diseases and, weirdly enough, television and laundry, Saint Clare. ‘Laundry? Why did laundry need a patron saint?’ At least I now know who to pray to when I have stubborn stains!

Would I read more from this author? Yes. I think it may take another book or two for her to get fully into her psychological thriller stride, but she is obviously a good writer and I am certain that she will make it.

THE AUTHOR: Jackie Kabler is a journalist, TV presenter and author. She spent twenty years as a TV news reporter for GMTV, ITV and BBC news, and now works as a presenter for shopping channel QVC and is author of the Cora Baxter Mysteries, a series of murder mysteries set in a television newsroom.

DISCLOSURE: Thank you to Harper Impulse and Killer Reads, One More Chapter for providing a digital ARC of The Perfect Couple for review. All opinions expressed in this review are entirely my own personal opinions.

This review and others are also published on Twitter, Amazon and https://www.goodreads.com/review/show/3059955020

3 thoughts on “The Perfect Couple by Jackie Kabler”