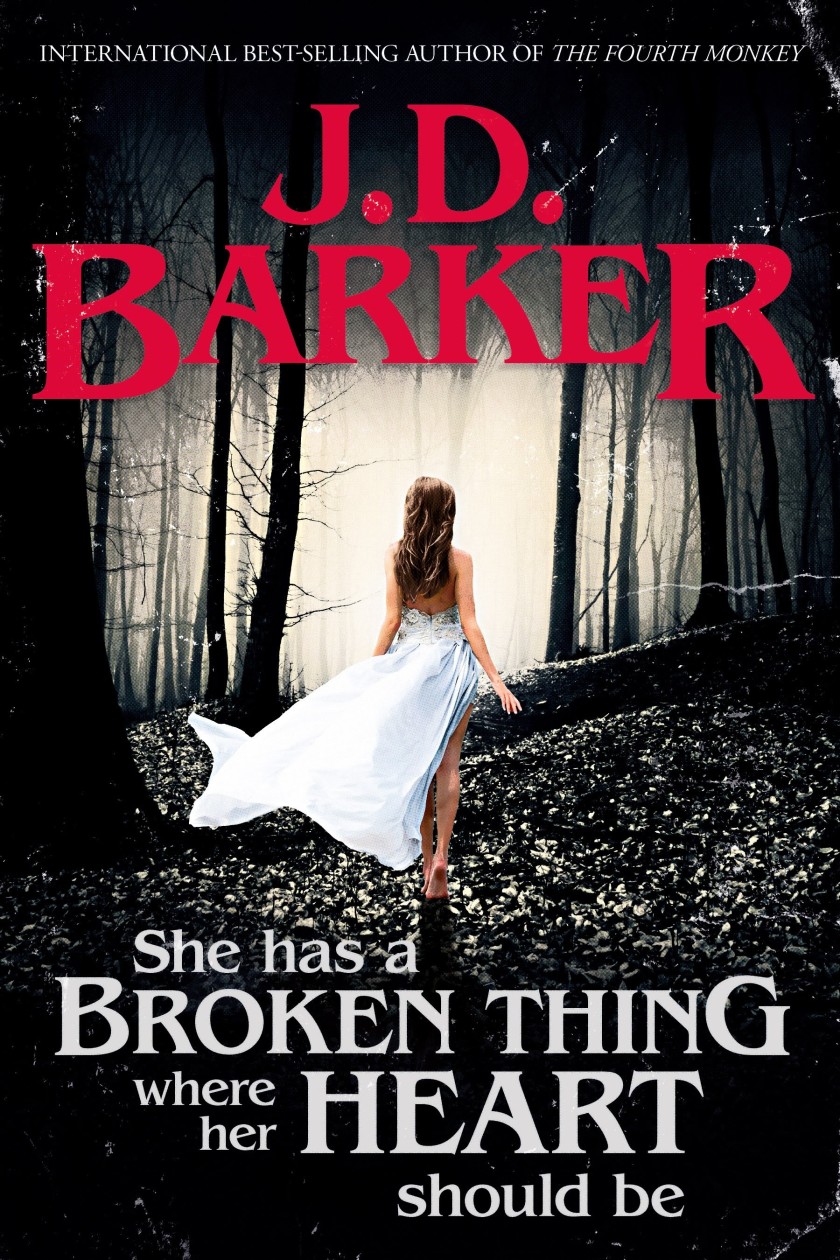 EXCERPT: Pittsburgh had a lot of cemeteries. This particular one, All Saints Hollow, was one of the largest.

When we drove by a cemetery, Auntie Jo said you’re always supposed to hold your breath to keep the spirits of the dead from finding you. I’m not sure why this rule didn’t apply when you were actually in the cemetery, but if it applied anywhere, it would be at the mausoleums. The air was still here. I pictured the dead peeking out from the cracks in the stone, bony hands ready to reach out and snatch unsuspecting little boys, pulling us into those squat structures, never to be seen again.

ABOUT THIS BOOK: After the loss of his parents, young Jack Thatch first met Stella as a child—this cryptic little girl of eight with dark hair and darker eyes, sitting alone on a bench in the cemetery clutching her favorite book. Gone moments later, the brief encounter would spark an obsession. She’d creep into his thoughts, his every waking moment, until he finally finds her again exactly one year later, sitting upon the same bench, only to disappear again soon after.

The body of a man found in an alley, every inch of his flesh horribly burned, yet his clothing completely untouched. For Detective Faustino Brier, this wasn’t the first, and he knew it wouldn’t be the last. It was no different from the others. He’d find another just like it one year from today. August 9, to be exact.

Isolated and locked away from the world in a shadowy lab, a little boy known only as Subject “D” waits, grows, learns. He’s permitted to speak to no one. He has never known the touch of another. Harboring a power so horrific, those in control will never allow him beyond their walls.

All of them linked in ways unimaginable.

MY THOUGHTS: When I read the promotional blurb for this book, ‘SHE HAS A BROKEN THING WHERE HER HEART SHOULD BE conjures thoughts of early King and Koontz. A heart-pounding ride that creeps under your skin and will have you turning pages long into the night.’, I thought ‘Yeah, right.’ I had not been having a good run with my reading. Nothing seemed to satisfy me. But this did.

I was consumed by it. I woke in the early hours of the morning after dreaming of Jack and Stella, and cemeteries, and read through the remainder of the night until it was finished with me.

And the blurb is right. She Has A Broken Thing Where Her Heart Should Be, is reminiscent of early King and Koontz. ‘As the older woman turned, as she spun around, the wind caught the edge of her coat and I saw something beneath it, an image that is still as clear as day in my mind; the barrel of a shotgun resting against her leg.’ …. ‘The Gunslinger’ was the first thing I thought of. But it is also so much more…there really is nothing to compare this to. It is in a class of its own.

Yes, this is horror, but it is plausible. Do we know what trials/medical experiments are/were being carried out? No, we only know what we are told. And as my favourite uncle was fond of saying, believe nothing of what you hear, and only half of what you see.

There is romance, and coming to grips with the reality of life and death, and adventure and heartbreak and action all wrapped into one package. And it works, brilliantly. I have in the past, and very recently, criticised authors for trying to pack too many genres into their work, of trying to be too many things to their readers. Barker proves that it can be done, and very successfully.

There are a lot of characters in this book, and yet it is surprisingly easy to keep track of them. Some of them are very ordinary, some are strange, and others just downright weird. All have depth and all, strangely, feel very real.

This book is eerie, and weird. It is enthralling and compelling. It will stay with me for a long time. I will especially remember it whenever I see a white SUV. This is a book that is going on my favourites shelf, and one that will be reread.

‘The light of morning reached through my window and tried to grab me under my mound of blankets.’

‘She wore her uniform like a hanger with feet.’

‘Potential parents paraded through in search of a good find, not unlike bargain shoppers at a yard sale.’

‘You don’t answer any of my questions.’…..’Maybe you should stop asking questions.’

And one quote that I think is particularly pertinent right now:’Of all things, I believe I’ll miss the night sky the most. The absolute vastness of it, the unknown. While we’re down here, fighting our pesky little battles, we’re really just a little speck on the shoe of the universe. Any problem life may present seems so small, so insignificant, when you simply look up and realise your true place in all things.’

THE AUTHOR: J.D. Barker is the international best-selling author of numerous novels, including DRACUL and THE FOURTH MONKEY. He is currently collaborating with James Patterson. His novels have been translated into two dozen languages and optioned for both film and television. Barker resides in coastal New Hampshire with his wife, Dayna, and their daughter, Ember.

A note from J.D.
As a child I was always told the dark could not hurt me, that the shadows creeping in the corners of my room were nothing more than just that, shadows. The sounds nothing more than the settling of our old home, creaking as it found comfort in the earth only to move again when it became restless, if ever so slightly. I would never sleep without closing the closet door, oh no; the door had to be shut tight. The darkness lurking inside needed to be held at bay, the whispers silenced. Rest would only come after I checked under the bed at least twice and quickly wrapped myself in the safety of the sheets (which no monster could penetrate), pulling them tight over my head.

I would never go down to the basement.

I had seen enough movies to know better, I had read enough stories to know what happens to little boys who wandered off into dark, dismal places alone. And there were stories, so many stories.

Reading was my sanctuary, a place where I could disappear for hours at a time, lost in the pages of a good book. It didn’t take long before I felt the urge to create my own.

I first began to write as a child, spinning tales of ghosts and gremlins, mystical places and people. For most of us, that’s where it begins—as children we have such wonderful imaginations, some of us have simply found it hard to grow up. I’ve spent countless hours trying to explain to friends and family why I enjoy it, why I would rather lock myself in a quiet little room and put pen to paper for hours at a time than throw around a baseball or simply watch television. Don’t get me wrong, sometimes I want to do just that, sometimes I wish for it, but even then the need to write is always there in the back of my mind, the characters are impatiently tapping their feet, waiting their turn, wanting to be heard. I wake in the middle of the night and reach for the pad beside my bed, sometimes scrawling page after page of their words, their lives. Then they’re quiet, if only for a little while. To stop would mean madness, or even worse—the calm, numbing sanity I see in others as they slip through the day without purpose. They don’t know what it’s like, they don’t understand. Something as simple as a pencil can open the door to a new world, can create life or experience death. Writing can take you to places you’ve never been, introduce you to people you’ve never met, take you back to when you first saw those shadows in your room, when you first heard the sounds mumbling ever so softly from your closet, and it can show you what uttered them. It can scare the hell out of you, and that’s when you know it’s good.

DISCLOSURE: Thank you to Hampton Creek Press (IBPA) via NetGalley for providing a digital ARC of She Has A Broken Thing Where Her Heart Should Be by J.D. Barker. All opinions expressed in this review are entirely my own personal opinions.

This review and others are also published on Twitter, Amazon and on https://www.goodreads.com/review/show/3119732314

2 thoughts on “She Has A Broken Thing Where Her Heart Should Be by J.D. Barker”