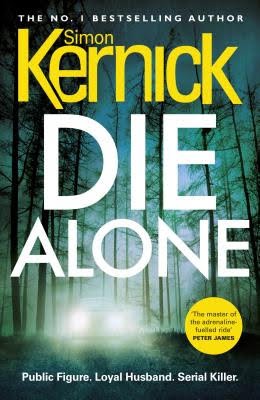 EXCERPT: Jane Kelman hadn’t always been a killer. Years ago, she’d been a married mother of two who’d never even been in a fight, let alone murdered anyone. But life has a way of changing things, and the truth was, Jane had enjoyed killing the first time she’d done it. The act itself had been exciting. It had given her a sense of power she’d never experienced before and it didn’t take her long to understand why serial killers found murder addictive. The victims too had deserved it. One had been the loan shark she’d been forced to sleep with to help pay off her husband’s debts, a low level gangster and a slimy piece of dirt called Frank Mellon. Another had been his bodyguard. And the third had been her husband himself, set up to make it look like that he’d killed Mellon and the bodyguard in a fit of jealous rage.

Three dead men in one night.

ABOUT THIS BOOK: Alastair Sheridan has it all. Wealth, good looks, a beautiful wife and children and, in the chaotic world of British politics, a real chance of becoming Prime Minister.

But Alastair also has a secret. He’s a serial killer with a taste for young women.

Only a handful of people know what kind of monster he is, and disgraced detective Ray Mason is one of them.

Awaiting trial for murder, Ray is unexpectedly broken free by armed men and given an offer: assassinate Alastair Sheridan and begin a new life abroad with a new identity. The men claim to be from MI6. They say that Sheridan is a threat to national security and needs to be neutralised. Ray knows they are not who they say they are, and that their real motives are far darker.

The only person Ray trusts is ex-cop and former lover Tina Boyd, who’s keen to settle her own scores with Sheridan.

With enemies on every side, only one thing is certain.

No one wants them to get out alive

MY THOUGHTS: This is a thrilling thriller! It is fast paced and full of action from beginning to end. Set in the shady world of politics and the old boy’s network, corruption reigns supreme.

There is human trafficking, contract killing, blackmail and every other crime against humanity that you could imagine.

And yet amongst this darkness, there are pinpoints of light and humanity. There are people who are prepared to sacrifice themselves to do the right thing, to fight against those corrupted by their own power.

Ray Mason is one such person. Tina Boyd another.

This is an exciting book, one that I would like to see made into a movie. Although this is the third book in a series, it is easily read as a stand alone. The author provides enough back information in the course of the story to make this possible. I look forward to more to come. And coming from someone who is more of a murder mystery/crime/domestic & family drama reader, this is high praise indeed.

My favourite quote: ….however dark things became, it was still a beautiful world out there. You just had to make the decision to leave the crap behind.

THE AUTHOR: Simon Kernick (born 1966 in Slough, Berkshire) is a British thriller/crime writer now living in Oxfordshire with his wife and two daughters. He attended Gillotts School, a comprehensive in Henley-on-Thames, Oxfordshire. Whilst he was a student his jobs included fruitpicker and Christmas-tree uprooter. He graduated from Brighton Polytechnic in 1991 with a degree in humanities. Kernick had a passion for crime fiction writing from a young age and produced many short stories during his time at polytechnic. After graduating Kernick joined MMT Computing in London in early 1992, where a relative was the Chairman and Managing Director. Kernick was a key member of the sales team and was very highly regarded. However, he left the company after 4 years in the hope of trying to secure a publishing deal. Despite interest from a number of publishers Kernick was unable to secure a deal, so he joined the sales force of the specialist IT and Business Consultancy Metaskil plc in Aldermaston, Berkshire in 1998 where he remained until he secured his first book deal (The Business of Dying) in September 2001. His novel Relentless was recommended on Richard & Judy’s Summer book club 2007. It was the 8th best-selling paperback, and the best-selling thriller in the UK in the same year

DISCLOSURE: Thank you to Random House UK Cornerstone via Netgalley for providing a digital ARC of Die Alone by Simon Kernick for review. All opinions expressed in this review are entirely my own personal opinions.

For an explanation of my rating system, please refer to my Goodreads.com profile page or the about page on sandysbookaday.wordpress.com

This review and others are also published on Twitter, Amazon and https://www.goodreads.com/review/show/3019451598?book_show_action=false&from_review_page=1