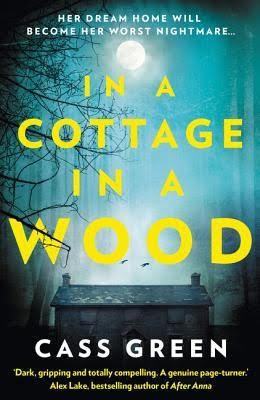 EXCERPT: ‘Please,’ says the woman emphatically. ‘Can you just tell me your name?’

Neve stares at her for a moment before replying. ‘Neve….Neve Carey. Um, what’s yours?’

‘Isabelle,’ says the woman in barely a whisper, and then, with more force, ‘Neve, will you do something for me?’

She pictures herself getting on the night bus with this strange wraithlike creature and both of them rocking up at Lou’s. Clearing her throat, she has to work hard not to sound sulky.

Isabelle opens the clutch bag and produces a small brown envelope. ‘I want you to take this.’

Neve hesitates and eyes it suspiciously. ‘What is it?’

Neve takes a step back and holds up her palms. ‘Look, I’ve done nothing. I just don’t want you freezing to death on my conscience. I’m not that kind, trust me. I’m actually a bit of a cow. Ask anyone.’

‘You are kind,’ says Isabelle quietly. ‘I can sense it. Will you take this, just to humor me? Say you will. say it.’

Neve stares back at the woman, discomforted by her intense, strange manner.

A passing car washes them with its headlights. For a moment Isabelle looks cadaverous, her eyes sunk deep in pockets of shadow.

Neve is so unnerved now that all she can do is thrust out her hand and take the envelope.

Isabelle’s shoulders droop and she seems to shrink in on herself.

‘Thank you,’ she says quietly. ‘Thank you so much.’

She fumbles inside the bag and, after producing a mobile phone, turns away and whispers something quietly into it. Then she returns the phone to the bag and looks at Neve. Her eyes are gleaming now, as if she is close to tears.

‘Come on,’she says. ‘Let’s get the fuck off this freezing cold bridge. where do you need to get to? I can -‘

She seems to bite the end of her sentence off and, for the first time, Neve sees that she is terrified in a way that neve has never witnessed before in real life.

She yelps as Isabelle lunges, kissing her quickly on each cheek with cold dry lips. Her grip is surprisingly strong. Neve feels a flash of fear as Isabelle’s lips brush her ear.

‘I’m sorry. Please forgive me. And keep it, if you can bear to.’

Then she turns to face the water and, in one neat movement, climbs over the side of the railing and jumps into the river.

ABOUT THIS BOOK: A strange encounter…

Neve comes across a troubled woman called Isabelle on Waterloo Bridge late one night. Isabelle forces a parcel into Neve’s hands and jumps to her death in the icy Thames below.

Two weeks later, as Neve’s wreck of a life in London collapses, an unexpected lifeline falls into her lap – a charming cottage in Cornwall left to her by Isabelle, the woman on the bridge. The solution to all her problems.

But when Neve arrives, alone in the dark woods late one night, she finds a sinister-looking bungalow with bars across its windows. And her dream home quickly becomes her worst nightmare – a house hiding a twisted secret that will change her life forever…

MY THOUGHTS: Although I didn’t find this creepy, or suspenseful, it was an interesting mystery. No more. No less. I enjoyed it, although Neve is terribly immature and I felt sorry for her sister Lou who seems to spend her life picking Neve up and setting her on her feet again. None of the characters are particularly likeable, and I mean none, but that’s okay – they don’t need to be.

I kept changing my mind about who was behind all the things that had happened to Isabelle, and were now happening to Neve. There were plenty of suspects. I did pick the correct one, then discarded them. So it’s not entirely predictable. I still don’t quite know how I felt about the motive, but then more has been done for less gain.

And the ending? Well, I think a whole nother book could be written about that. And yes, I would read more from this author.

THE AUTHOR: Cass Green is the pseudonym of Caroline Green, an award-winning author of fiction for young people. Her first novel, Dark Ride won the Rona Young Adult Book of the Year and the Waverton Good Read Award. Cracks and Hold Your Breath garnered rave reviews and were shortlisted for eleven awards between them. She is the Writer in Residence at East Barnet School and teaches Writing for Children at City University. The Woman Next Door is her first novel for adults.

DISCLOSURE: I listened to the audiobook of In a Cottage in a Wood by Cass Green, narrated by Lisa Coleman and Helen Keeley, published by Harper Collins, via Overdrive. All opinions expressed in this review are entirely my own personal opinions.

For an explanation of my rating system, please refer to my Goodreads.com profile page, or the about page on sandysbookaday.wordpress.com

This and other reviews are also published on Twitter, Amazon and https://www.goodreads.com/review/show/3045439109?book_show_action=false&from_review_page=1