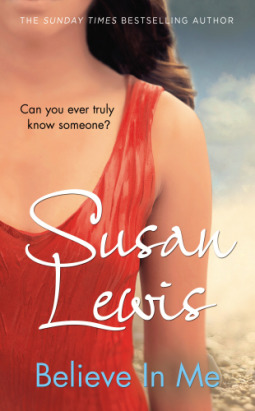 EXCERPT: Remember to live in the moment, she told herself firmly, as she left the shop. If you don’t, all these special times with these very special people will pass you by, and you’ll never get them back again.

ABOUT THIS BOOK: Leanne and her teenage daughter Abby have recently been forced to move from London back to Kesterley-on-Sea, to Ash Morley Farm where Leanne grew up. Leanne’s husband Jack, Abby’s father, killed himself over a year ago, and the pair is still reeling from the shock waves caused by the tragedy.

Also living at Ash Morley farm is Leanne’s mother Wilkie, who is a rock for everyone, and family friend Klaudia and her two children. Klaudia has to face the backlash of the xenophobic feeling post the Brexit vote and is on tenterhooks to hear whether she and her children will be sent home to Poland.

Hoping to move forward and mend the wounds her family has suffered, Leanne decides to foster a child. And when she’s told that Daniel’s father is in prison for murder, she hardly bats an eyelid. But as Daniel becomes integrated into the family, Leanne starts asking herself questions about his father’s conviction. Is he really guilty? With the help of friend and ex-detective Andee Lawrence, Leanne sets out to right the wrongs of the past.

MY THOUGHTS: As with every other book I have read by this author, Believe In Me by Susan Lewis contains little reminders about how we should appreciate our lives and live them to the fullest. But it’s not done in a preachy way. Instead, it is wrapped in a story that most of us can relate to in one way or another.

Abby reminds me of myself as a teenager, passionate and prickly, subject to sudden mood swings, and of the opinion that if mum couldn’t guess what was wrong with me, then she didn’t deserve to know. I was a nightmare, just as Abby is, and equally as certain as Abby that my mother loved everyone else more than me, or even but me.

Believe In Me deals with many issues; single motherhood, suicide, fostering, racial intolerance, and bullying to name a few, with a little mystery thrown in for good measure.

Lewis has a beautiful turn of phrase. One particular passage that I loved was ‘ Today, when she looked in the mirror, she saw a kind of bad watercolor of herself, blurred about the edges, no longer defined as a confident, capable woman, more like someone who’d been left out in the rain.’

I love Lewis’ characters. They are honest and forthright, and the type of people who I would like to have for friends.

THE AUTHOR: I was born in 1956, in Bristol. My father was a Welsh miner, a poet, an engineer and a thinker. My mother was one of 13 children who, at 20, persuaded my father to spend his bonus on an engagement ring instead of a motorbike. We were a normal, happy, nuclear family, living in a spanking new council house on the outskirts of town – my mother’s pride and joy. But we were going to do better, my mother had made up her mind about that. My father, an unabashed communist, was writing a book, I was signed up for ballet, elocution, piano and eventually a private boarding school, and my brother, (the real great love of my mother’s life) was going to succeed at everything he set his mind to.

I went to the boarding school, a rogue little pupil in amongst all the posh girls, with their plummy voices, rich parents and exotic tales of faraway places. I yearned for my mother and father, but it was for the best, I was told. My father couldn’t bring me up on his own. However, I believed he could, and because no one would listen to my pleas for freedom, I took it upon myself to get expelled. It took a while, and I had rather a fabulous time achieving it, and by the time I was thirteen I was back in our little council house with my father and brother.

The teenage years are too painful to go into.

When I was 18 I got a job at HTV in Bristol, and at 22 I moved to London to work for Thames. I began as a secretary in news and current affairs, then trained as a production assistant and moved on to light entertainment and drama. It was a love of drama, combined with a fierce ambition, that got me knocking on the Controller’s door to ask what steps to take to become a producer. “Oh, go away and write something,” came the reply. So I did.

Over 30 books later, my only regret is that none of them have yet made it to the screen. I left TV eighteen years ago to do the “novelist thing” of buying a house with a swimming pool in the South of France. Bliss! For the first summer! After that came a disastrous love affair with one of the FBI’s most wanted, the plunge of the pound, and the dawning realization that life full-time in France was very, very different to a two week holiday frolicking around on millionaire’s yachts on the sunny Riviera. Sure it was glamorous, and the yachts – along with the interesting people – all came back in the summer, but the endless months in between were not far short of hell.

So, off to sunny California and Hollywood. After equipping myself with a Mercedes estate for my beloved dogs Casanova and Floozie, a home in the hills complete with pool and perfect sunsets every night, I set about completing the obstacle course of cowboy agents, big-talking producers and wannabe directors. Once I realised that Hollywood was NOT waiting for me, I put the struggle behind me and from thereon life in Tinsel Town became just plain thrilling. From star-studded screenings and glitzy parties, to moonlit dinners on the beach and edgy nightclubs, it was the perfect town to be single. George Clooney was my neighbour, Jennifer Anniston, Charlize Theron and Julianne Moore shopped in the same places, Nick Cage was a guest at my house, and Steve Martin was a regular on our dog walks. Romances flourished and faded, some dreams came true and others were crushed.

After seven happy years of taking the best from Hollywood and avoiding the rest, I had to face up to the fact that I was losing touch with being English. I needed a fix of my own country, so once again my dogs and I were on the move. We returned to Wiltshire for two years where making the adjustment from Manolo Blahniks to Wellies, cocktails at sunset to nights in by the fire, and no more glittery invites to liven up the mail proved too crushing for a still young and lively spirit.

So, we returned to the South of France, not to the same village, but to an even prettier one than before, perched high above the Riviera with glorious views of the sea. It was wonderful to be back amongst old friends, and to make so many new ones – the stress of living in a language that wasn’t mine was still an issue, but seemed slightly easier to deal with second time around. Alas Casanova and Floozie both died aged 13 and 15 during our first few years there, but Coco and Lulabelle are doing a valiant job of taking over their places – and my bed!

Everything changed again three months after my 50th birthday when, having given up hope of ever finding the right man, I met James my now husband, who lived and worked in Bristol. For a couple of years we had a very romantic and enjoyable time of it flying back and forth to see one another at weekends, but at the end of 2010 I finally sold my house on the Riviera and we are now living on the edge of the Cotswolds in a delightful old barn with Coco and Lulabelle. James’s sons Michael and Luke are regular visitors; it’s been quite exhilarating and educational having a young musician and dedicated sportsman in my life!

Should you be interested to know a little more about my early life why not try Just One More Day, which is a memoir about me and my mother. The follow up book One Day at a Time continues the story with my father.

DISCLOSURE: Thank you to Random House UK, Cornerstone Century via Netgalley for providing a digital ARC of Believe In Me by Susan Lewis for review. All opinions expressed in this review are entirely my own personal opinions.

Please refer to my Goodreads.com profile page or the about page on sandysbookaday.wordpress.com for an explanation of my rating system. This review and others are also published on my Goodreads.com page https://www.goodreads.com/review/show/2682760783

12 thoughts on “Believe In Me by Susan Lewis”