This is one of the books I got for Christmas from my lovely husband who knows how much I love this series. I hope this small tidbit will tempt you to try it. Although this is a series and, as always, you will get the most out of it as a series, each book is able to be read as a stand-alone. 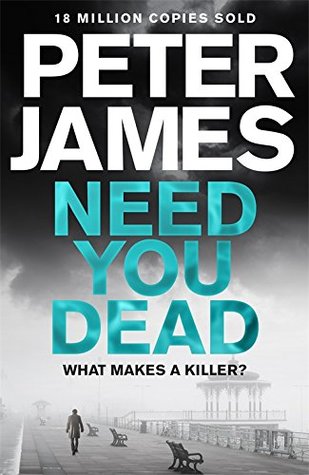 His sodden shirt, under his coat, felt cold on his skin and he shivered as he looked around. Closed curtains. Flickers of televisions behind some. He strode quickly back behind Lorna’s house and stopped when he reached the bin. Again he looked all around him, furtively, then he switched on the torch on his phone, opened up the lid of the stuffed bin and shone the light in. Thinking. Thinking. What would fool the police?

Sitting on top was a copy of yesterday’s Sun newspaper. Beneath was what appeared to be a tiny printed circuit board from the inside of an electronic device. Perfect. From out of his pocket he tugged an empty plastic bin bag he’d taken from the flat, shook it open and dropped in the newspaper and the circuit board.

Underneath that the bin was rammed with empty tins of dog food,  cartons of fish food and oxygenating tablets. Chinese takeaway cartons. He rummaged through them and came across a set of hair curling tongs.

He glanced around again, checking the coast was still clear, then delved further. The stench was vile. Fish bones. Prawn shells. The rotting remains of a chicken. An empty tin of Brasso. What else?

He found a scooped out tin of tuna but ignored it. Then, nestling in what looked like vacuum cleaner fluff, near the bottom, he saw an empty cigarette pack, and dropped that in the bag. Rummaging further, he found an assortment of cigarette butts and two Carlsberg beer cans. They went in as well.

Continuing to look around vigilantly, he reached right down checking all the items in the bin. But he decided he had enough now.

He walked swiftly back to his car, climbed in and drove away.

It had to be. Nothing else was an option. It was all going to fall into his lap. He’d get through this. Think. Plan. One step at a time. Just keep calm. And right now, that’s how he felt. Calm.

It would be fine.

2 thoughts on “A Taste of Tuesday. . . Need You Dead by Peter James”