Today I would like to tempt your reading tastebuds with a little tidbit from The Collector by Fiona Cummins, published by Kensington Books. 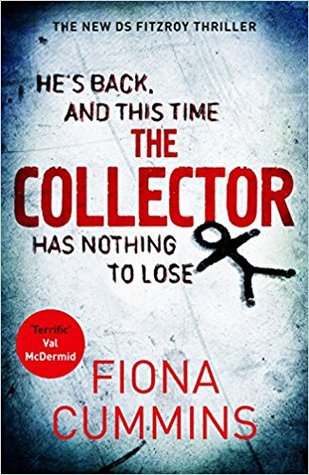 The parents of missing Clara Foyle will today mark one hundred days since the five-year-old’s abduction.

Miles and Amy Foyle will join family and friends at a vigil on Blackheath Common to light candles and release balloons.

Clara, who has cleft hands, vanished on her way home from school in November last year. The chief suspect in her disappearance, ‘Butcher of Bromley’ Brian Howley, is on the run after escaping police custody.

According to witnesses, including Met police officer Etta Fitzroy, who was briefly held captive by the killer, Howley was a collector of human skeletons with deformities.

He housed the bones in a personal museum at the home of his late father Marshall Howley. The macabre collection is understood to have dated back generations due to a family connection to London’s Hunterian Museum, with which the former hospital night worker was obsessed.

Six-year- old Jakey Frith, who suffers from the devastating bone disorder Stone Man Syndrome, was rescued from Howley seniors house just moments before it was destroyed by fire.

Extensive DNA tests on human remains discovered in the ashes have confirmed that one of the victims was teenager Grace Rodriguez, the so-called Girl in the Woods. Detectives were able to link her disappearance to Howley after it emerged she suffered from a bone condition known as Cervical Ribs.

They have so far failed to find any trace of Clara Foyle.

I hope you have found this tidbit as tempting as I did. The Collector by Fiona Cummins is due to be published in just a few days, December 19th 2018.