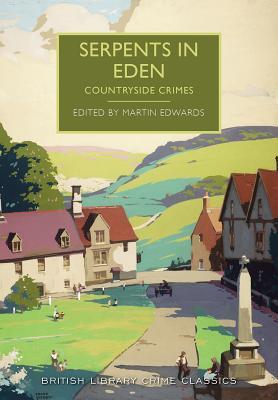 EXCERPT: Miss Frances Morton, who was a tall and handsome brunette, gave her evidence in a low but clear voice, though it was evident throughout that she was suffering from extreme emotion. She alluded to her engagement to the doctor, touched briefly upon its termination, which was due, she said, to personal matters connected to his family, and surprised the court by asserting that she had always considered her brother’s resentment to be unreasonable and intemperate. In answer to a direct questionfrom her counsel, she replied that she did not feel that she had any grievance whatever against Dr Lana, and that in her opinion he had acted in a perfectly honorable manner. Her brother, on an insufficient knowledge of the facts, had taken another view, and she was compelled to acknowledge that, in spite of her entreaties, he had made threats of personal violence towards the doctor, and had, upon the evening of the tragedy, announced his intention of ‘having it out’ with him. She had done her best to bring him to a more reasonable frame of mind, but he was very headstrong where his emotions or prejudices were concerned.

ABOUT THIS BOOK: ‘The lowest and vilest alleys in London do not present a more dreadful record of sin than does the smiling and beautiful countryside…. Think of the deeds of hellish cruelty, the hidden wickedness which may go on, year in, year out, in such places, and none the wiser.’ – Sherlock Holmes Many of the greatest British crime writers have explored the possibilities of crime in the countryside in lively and ingenious short stories. Serpents in Eden celebrates the rural British mystery by bringing together an eclectic mix of crime stories written over half a century. From a tale of poison-pen letters tearing apart a village community to a macabre mystery by Arthur Conan Doyle, the stories collected here reveal the dark truths hidden in an assortment of rural paradises. Among the writers included here are such major figures as G. K. Chesterton and Margery Allingham, along with a host of lesser-known discoveries whose best stories are among the unsung riches of the golden age of British crime fiction between the two world wars.

MY THOUGHTS: What a wonderful collection of mysteries! This is firmly among my favourites and marked as never to be deleted from my Kindle.

This is a wonderful collection of short stories, none of which I had ever read previously, absolute classics!

Martin Edwards has largely chosen well. The stories are atmospheric and to the point. He has written an introduction at the beginning which is interesting and relevant. Then each story is prefaced by an introduction to both the author, his/her career and notable works. I have gleaned plenty more reading material from this source.

If you are a short story fan, or Golden Age Mystery aficionado, or both, this is a must read collection.

THE AUTHOR: (Or, in this case the editor) Martin Edwards’ latest novel, Gallows Court, was published in September. He is consultant to the British Library’s Crime Classics series, and has written sixteen contemporary whodunits, including The Coffin Trail, which was shortlisted for the Theakston’s Prize for best crime novel of the year. His genre study The Golden Age of Murder won the Edgar, Agatha, H.R.F. Keating and Macavity awards, while The Story of Classic Crime in 100 Books has been nominated for two awards in the UK and three in the US. Editor of 38 anthologies, he has also won the CWA Short Story Dagger and the CWA Margery Allingham Prize, and been nominated for an Anthony, the CWA Dagger in the Library, the CWA John Creasey Memorial Dagger, and a CWA Gold Dagger. He is President of the Detection Club and Chair of the Crime Writers’ Association, and Archivist of both organisations. He has received the Red Herring award for services to the CWA, and the Poirot award for his outstanding contribution to the crime genre.

DISCLOSURE: Thank you to Poisoned Pen Press via Netgalley for a digital ARC of Serpents in Eden for review. All opinions expressed in this review are entirely my own personal opinions.

Please refer to my Goodreads.com profile page or the about page on sandysbookaday.wordpress.com for an explanation of my rating system. This review and others are also published on my Goodreads.com page https://www.goodreads.com/review/show/1728663629