Nothing on your book radar that is screaming “read me!”?

Check out my Friday Favorite  – it may not be new, it may not even be by an author you have ever heard of, but it will be a book that has captured both my imagination and my heart.

I am very excited to announce the New Zealand release today of Ian Austin’s second book in the Dan Calder series, The Second Grave. 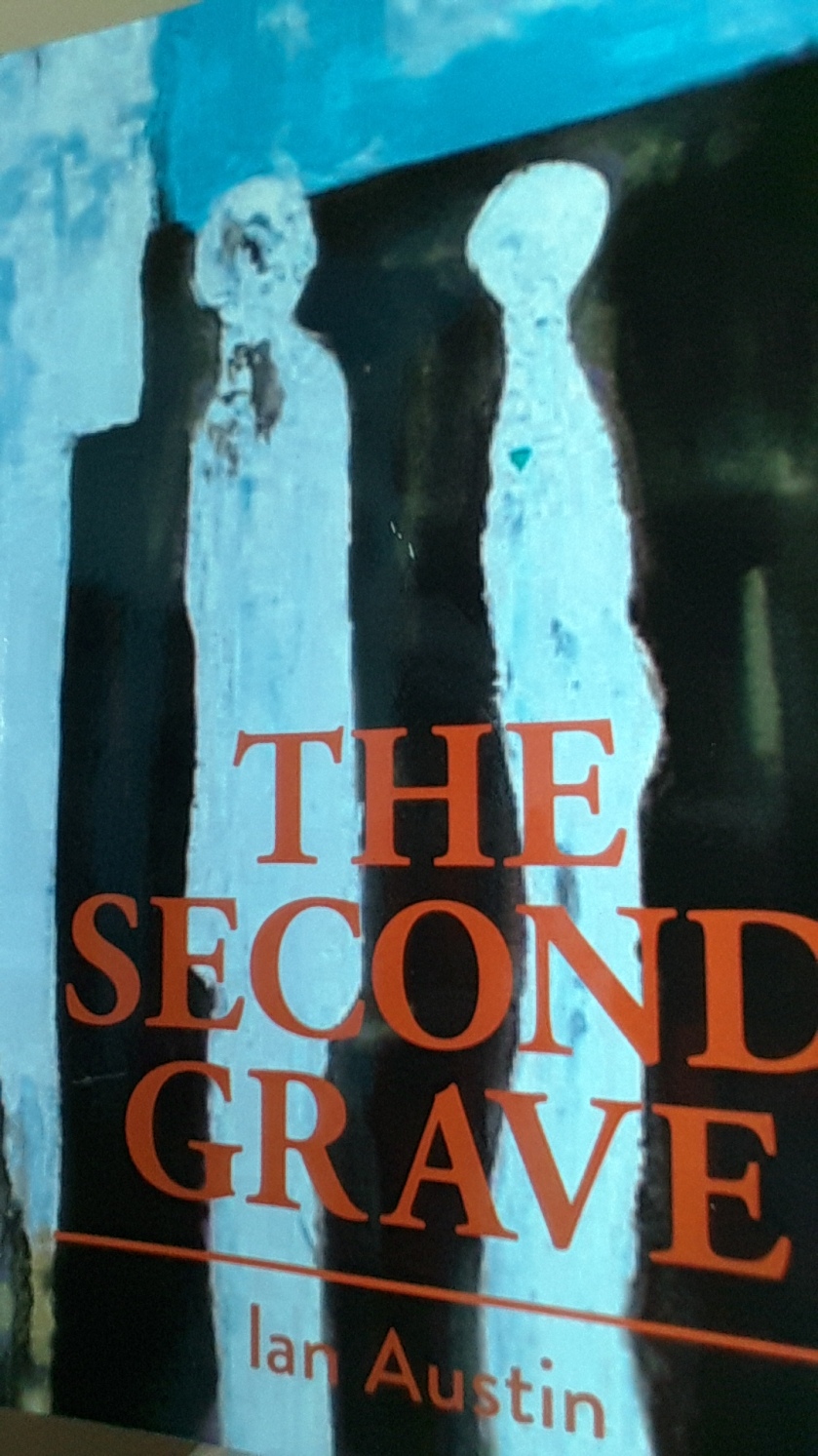 EXCERPT: 2007 – Twenty something years service done and dusted: two decades which came to define Dan Calder’s life and made him the man he was. Good, bad, and everything in between.

“Do you feel it’s rather an unsatisfactory ending?” the human resources rep asked, making it sound as unimportant as choosing the wrong coloured paint for the garden fence.

Dan just shrugged instead of telling the hook-nosed bastard what he really thought.

“However, your department supervisor, DCI Allen, has written a rather splendid exit report. If you’d like to see?”

Dan didn’t. Although genuinely shocked, he let the revelation go without acknowledgement. Hook-nose immediately checked his watch and brought the salty meeting to an end.

Five minutes later, now ex-detective and newly appointed civilian ‘Mr’ Dan Calder stood astride the Force’s emblem engraved into the cold grey concrete on the wrong side of Police HQ main entrance. He had no semblance of a plan about what to do next. He’d been wronged, but what was new there?

‘Splendid exit report,’ he thought, and his eyes narrowed. Surely this was Jim Allen’s idea of a last laugh, but he didn’t see the funny side at all and subconsciously made a mental note as was his way.

Another fact was also stored away. Other people had been hurt or worse, emotionally, psychologically and physically. Their wounds were still weeping within him and it was unlikely they could ever heal now.

The police, his family really, although dysfunctional and therefore why he felt so comfortable being part of it, would continue as if he and his collar number never existed. He was alone again, a second separation from dysfunctional circumstances.

He put one foot in front of another, every step carrying him further away from the police and towards an uncertain future.

ABOUT THIS BOOK: DAN CALDER IS BACK.

Just as Dan imagines himself to be settling into his new life in New Zealand, he finds himself back in his native England once again to help his best friend and ex-partner Nick Heatherington. Nick’sdaughter has been arrested in connection with the death of a Nottingham prostitute.

Dan is about to face his darkest moment as old acquaintances and old enemies set his cupboard full of skeletonsrattling once more. ‘The Second Grave’ has Calder facing the battle of his life to fulfill a promise to his dearest friend. New foes, including a local gangster, are prepared to do anything to prevent the truth being revealed. Left at home in New Zealand, Calder’s girlfriend, Tara, senses he also views this return as an opportunity to settle old scores.

Rushing headlong towards the past, time and odds are against him; incredibly so too the upholders of the law itself, his beloved police force. Whoever coined the phrase ‘you couldn’teven make this stuff up’ was very wrong.

MY THOUGHTS: Last year I read Ian’s first book, The Agency, which also features Dan Calder and was very impressed. But with ‘The Second Grave’ Austin has taken his writing to a whole new level. While it is a good idea to read The Agency prior to reading The Second Grave, this will work as a standalone. And after reading it, I imagine you will want to read the first book anyway.

There are not many people who, when they say I’ll always have your back, actually mean it. Dan Calder is one of the few. He has a strong personality and injustices weigh heavily upon him. He takes the bonds of friendship seriously.

Nick has always been his friend. Take on Nick and you take on Dan, as some corrupt police and the gangsters in their employ are about to find out. Because Nick’s family is Dan’s family. Threaten that unit and you are faced with a formidable team who won’t stop until their loved ones are safe.

I read The Second Grave non-stop. I was swept along by the need to know just where Austin was taking us, and the unpredictability of the ride. I admired the fortitude of Nick’s teenage daughter, and Dan’s ability to read her. Dan’s character grows a great deal in this, the second book of the Dan Calder series. We learn more about demons from his past that both haunt and motivate him, just as Dan learns more about himself, not always things that he likes!

If you like a great crime thriller with plenty of suspense, I recommend Second Grave by Ian Austin.

Thank you to author Ian Austin for providing a copy of The Second Grave for review. All opinions expressed in this review are entirely my own personal opinions.

This review and others are also published on my Goodreads.com page https://www.goodreads.com/review/show/2358492105